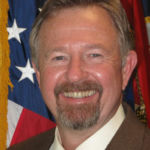 Why Is Maxie McFarland Influential?

According to Wikipedia, Maxie L. McFarland , was one of thirteen tier-3 US Government Defense Senior Executives, serving as the Deputy Chief of Staff for Intelligence for the U.S. Army's Training and Doctrine Command located at Fort Monroe, Virginia. Starting in June 2011, he worked as the Executive Vice President for Strategic Planning for the Sierra Nevada Corporation. Maxie McFarland died on 8 November 2013 and is buried at Arlington National Cemetery. He was inducted into the Military Intelligence Hall of Fame in 2014.

Other Resources About Maxie McFarland

What Schools Are Affiliated With Maxie McFarland?

Maxie McFarland is affiliated with the following schools: