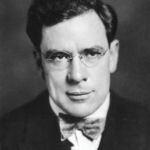 Why Is Maxwell Anderson Influential?

According to Wikipedia, James Maxwell Anderson was an American playwright, author, poet, journalist and lyricist. Background Anderson was born on December 15, 1888, in Atlantic, Pennsylvania, the second of eight children to William Lincoln "Link" Anderson, a Baptist minister, and Charlotte Perrimela Stephenson, both of Scotch-Irish descent. His family initially lived on his maternal grandmother Sheperd's farm in Atlantic, then moved to Andover, Ohio, where his father became a railroad fireman while studying to become a minister. They moved often, to follow their father's ministerial posts, and Maxwell was frequently sick, missing a great deal of school. He used his time sick in bed to read voraciously, and both his parents and Aunt Emma were storytellers, which contributed to Anderson's love of literature.

Other Resources About Maxwell Anderson

What Schools Are Affiliated With Maxwell Anderson?

Maxwell Anderson is affiliated with the following schools: