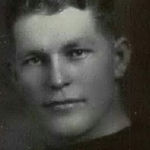 Why Is Mayes McLain Influential?

According to Wikipedia, Mayes Watt McLain , also known as Watt Mayes McLain, was an American football player and professional wrestler. He played college football for the Haskell Institute from 1925 to 1926 and for the University of Iowa in 1928. In 1926, he set college football's single-season scoring record with 253 points on 38 touchdowns, 19 extra point kicks, and two field goals. His record of 38 touchdowns in a season stood for more than 60 years until 1988.

Other Resources About Mayes McLain

What Schools Are Affiliated With Mayes McLain?

Mayes McLain is affiliated with the following schools: