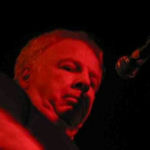 Why Is Mayo Thompson Influential?

According to Wikipedia, Mayo Thompson is an American musician and visual artist best known as the leader of the avant-garde rock band Red Krayola. 1960s In 1966, Thompson formed the band Red Crayola with fellow art students Frederick Barthelme and Steve Cunningham amid the burgeoning Houston psychedelic scene and gathered a "travelling entourage" who improvised with them, known as The Familiar Ugly. Their intended second album, Coconut Hotel was rejected by their record company for being too abstract and experimental.

Other Resources About Mayo Thompson

What Schools Are Affiliated With Mayo Thompson?

Mayo Thompson is affiliated with the following schools: