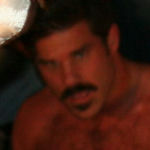 Why Is Mia Yim Influential?

According to Wikipedia, Stephanie Hym Lee is an American professional wrestler better known by the ring name Mia Yim. She is currently signed to Impact Wrestling, where she is a former one-time Knockouts Champion. During her career, Yim has performed for WWE Impact Wrestling, Combat Zone Wrestling , Shine Wrestling, and Shimmer Women Athletes. In Shine, she has held both the Shine Championship and the Shine Tag Team Championship . In addition, she has wrestled in Japan for Reina Joshi Puroresu.

Other Resources About Mia Yim

What Schools Are Affiliated With Mia Yim?

Mia Yim is affiliated with the following schools: