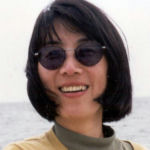 Why Is Mian Chin Influential?

According to Wikipedia, Mian Chin is a Chinese atmospheric chemist. She is a physical scientist in the atmospheric chemistry and dynamics laboratory in the earth science division at Goddard Space Flight Center. Her research includes aerosol-cloud-chemistry-climate interactions. She received the NASA Exceptional Achievement Medal in 2005.

Other Resources About Mian Chin

What Schools Are Affiliated With Mian Chin?

Mian Chin is affiliated with the following schools: