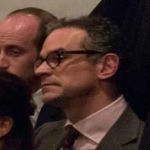 Why Is Michael Anton Influential?

According to Wikipedia, Michael Anton is an American conservative essayist, speechwriter and former private-equity executive who was a senior national security official in the Trump administration. Under a pseudonym he wrote "The Flight 93 Election", an influential essay in support of Donald Trump during the 2016 presidential campaign.

Other Resources About Michael Anton

What Schools Are Affiliated With Michael Anton?

Michael Anton is affiliated with the following schools: