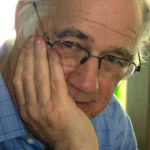 Why Is Michael Burawoy Influential?

A specialist in the study of industrial workplaces, he has researched workers in Russia, Hungary, and Chicago. It is from this work that he wrote his most well-known book, Manufacturing Consent: Changes in the Labor Process under Monopoly Capitalism. In that work, he sought to examine sociological issues and problems such as postcolonialism, class consciousness, and the transition from socialism to capitalism. Since that time, he has pivoted to study public sociology, investigating how sociology is taught at his own university.

According to Wikipedia, Michael Burawoy is a British sociologist working within Marxist social theory, best known as author of Manufacturing Consent: Changes in the Labor Process Under Monopoly Capitalism—a study on work and organizations that has been translated into a number of languages, and the leading proponent of public sociology. Burawoy was also president of the American Sociological Association in 2004 and is a professor at the University of California, Berkeley. In 2006–2010, he was vice-president for the Committee of National Associations of the International Sociological Association . In the XVII ISA World Congress of Sociology he was elected the 17th President of the International Sociological Association for the period 2010–2014.

Other Resources About Michael Burawoy

What Schools Are Affiliated With Michael Burawoy?

Michael Burawoy is affiliated with the following schools:

What Are Michael Burawoy's Academic Contributions?

Michael Burawoy has made the following academic contributions: