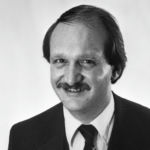 Why Is Michael D. Reynolds Influential?

According to Wikipedia, Michael David Reynolds was an American author and educator who served as professor of astronomy at Florida State College at Jacksonville in Jacksonville, Florida. He served as the director of Chabot Space and Science Center in Alameda County, California. Reynolds was best known for his work in science education, both in lecture halls and less formal settings. He also participated in astronomy and space exploration outreach.

Other Resources About Michael D. Reynolds

What Schools Are Affiliated With Michael D. Reynolds?

Michael D. Reynolds is affiliated with the following schools: