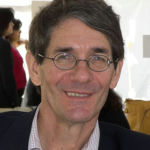 Why Is Michael Dirda Influential?

According to Wikipedia, Michael Dirda is a book critic for the Washington Post. He has been a Fulbright Fellow and won a Pulitzer Prize in 1993.Career Having studied at Oberlin College for his undergraduate degree in 1970, Dirda took an M.A. in 1974 and Ph.D. in 1977 from Cornell University in comparative literature. In 1978 Dirda started writing for the Washington Post; in 1993 he won the Pulitzer Prize for his criticism. Currently, he is a book columnist for the Post.

Other Resources About Michael Dirda

What Schools Are Affiliated With Michael Dirda?

Michael Dirda is affiliated with the following schools: