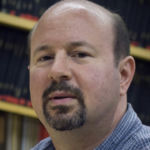 Why Is Michael E. Mann Influential?

Areas of Specialization: Climatology, Atmospheric Sciences
Michael E. Mann is the director of the Earth System Science Center for Pennsylvania State University, a climatologist, and geophysicist. He has earned an A.B. in applied mathematics and an A.B. in physics from the University of California, Berkeley, before earning an M.S. and M.Phil in physics, an M.Phil in geology, and a Ph.D in geology & geophysics from Yale University. His work has resulted in new techniques for recording and evaluating past climate data and how to distinguish between useful climate data and statistical noise.

Mann is a prolific writer with more than 200 peer-reviewed publications to his credit. He has written three books about climate, including The Hockey Stick and the Climate Wars: Dispatches from the Front Lines, and his co-authored work with Tom Toles, titled The Madhouse Effect: How Climate Change Denial is Threatening Our Planet, Destroying Our Politics, and Driving Us Crazy.

An expert in paleoclimate study, he has sharpened models of analysis and data collection methodologies, yielding more accurate, statistically significant conclusions. Such is the atmosphere of climate change denial and the politics at play, that Mann has even been investigated on suspicion of scientific misconduct by the Inspector General of the U.S. Department of Commerce, which cleared him of all charges and exonerated him fully.

According to Wikipedia, Michael Evan Mann is an American climatologist and geophysicist. He is the director of the Earth System Science Center at Pennsylvania State University. Mann has contributed to the scientific understanding of historic climate change based on the temperature record of the past thousand years. He has pioneered techniques to find patterns in past climate change and to isolate climate signals from noisy data.

Other Resources About Michael E. Mann

What Schools Are Affiliated With Michael E. Mann?

Michael E. Mann is affiliated with the following schools: