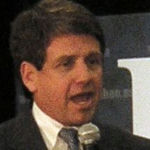 Why Is Michael Farris Influential?

According to Wikipedia, Michael P. Farris is an American lawyer. He is a founder of the Home School Legal Defense Association and Patrick Henry College, which share a campus in Purcellville , Virginia. He is CEO of and general counsel for Alliance Defending Freedom. After Donald Trump lost the 2020 presidential election and refused to concede while making claims of fraud, Farris worked behind the scenes on legal documents filed by Texas attorney general Ken Paxton to overturn the election results.

Other Resources About Michael Farris

What Schools Are Affiliated With Michael Farris ?

Michael Farris is affiliated with the following schools: