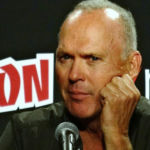 Why Is Michael Keaton Influential?

According to Wikipedia, Michael John Douglas , professionally known as Michael Keaton, is an American actor. He is best known for portraying the DC Comics superhero Bruce Wayne / Batman in the films Batman and Batman Returns , and is set to reprise the role in the 2023 DC Extended Universe film The Flash. Keaton is also known for his work as Jack Butler in Mr. Mom , Betelgeuse in Beetlejuice , and Adrian Toomes / Vulture in Spider-Man: Homecoming and Morbius .

Other Resources About Michael Keaton

What Schools Are Affiliated With Michael Keaton?

Michael Keaton is affiliated with the following schools: