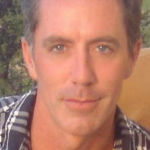 Why Is Michael McDonald Influential?

According to Wikipedia, Michael James McDonald is an American stand-up comedian, actor, director, and writer. He is best known for starring in the sketch comedy show MADtv. McDonald joined the show during the fourth season and remained in the cast until the end of the thirteenth and penultimate season, having become the longest-tenured cast member.

Other Resources About Michael McDonald

What Schools Are Affiliated With Michael McDonald ?

Michael McDonald is affiliated with the following schools: