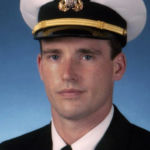 Why Is Michael P. Murphy Influential?

According to Wikipedia, Michael Patrick Murphy was a United States Navy SEAL officer who was awarded the U.S. military's highest decoration, the Medal of Honor, for his actions during the War in Afghanistan. He was the first member of the United States Navy to receive the award since the Vietnam War. His other posthumous awards include the Silver Star Medal and the Purple Heart.

Other Resources About Michael P. Murphy

What Schools Are Affiliated With Michael P. Murphy?

Michael P. Murphy is affiliated with the following schools: