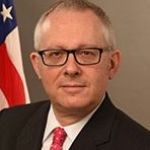 Why Is Michael Caputo Influential?

According to Wikipedia, Michael Raymon Caputo is an American political strategist and lobbyist. In April 2020, Caputo was appointed as assistant secretary of public affairs in the Department of Health and Human Services in the Trump administration. He worked for the Reagan Administration with Oliver North, and later as director of media services on the campaign for President George H. W. Bush in the 1992 United States presidential election. Caputo moved to Russia in 1994, after the dissolution of the Soviet Union, and was an adviser to Boris Yeltsin. He worked for Gazprom Media in 2000 where he worked on improving the image of Vladimir Putin in the U.S. He moved back to the U.S. and founded a public relations company, and then moved to Ukraine to work on a candidate's campaign for parliament.

Other Resources About Michael Caputo

What Schools Are Affiliated With Michael Caputo?

Michael Caputo is affiliated with the following schools: