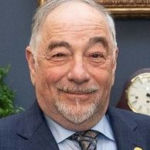 Why Is Michael Savage Influential?

According to Wikipedia, Michael Alan Weiner , known by his professional name Michael Savage, is an American conservative author, conspiracy theorist, political commentator, activist, and former radio host. Savage is best known as the host of The Savage Nation, a nationally syndicated talk show that aired on Talk Radio Network across the United States until 2021, and in 2009 was the second most listened-to radio talk show in the country with an audience of over 20 million listeners on 400 stations across the United States. From October 23, 2012 to January 1, 2021, Michael Savage had been syndicated by Cumulus Media and Westwood One. He holds master's degrees from the University of Hawaii in medical botany and medical anthropology, and a Ph.D. from the University of California, Berkeley in nutritional ethnomedicine. As Michael Weiner, he has written books on nutrition, herbal medicine, and homeopathy; as Michael Savage, he has written several political books that have reached The New York Times Best Seller list.

Other Resources About Michael Savage

What Schools Are Affiliated With Michael Savage?

Michael Savage is affiliated with the following schools:

What Are Michael Savage's Academic Contributions?

Michael Savage has made the following academic contributions: