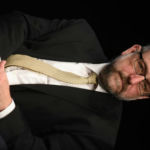 Why Is Michael Schudrich Influential?

According to Wikipedia, Michael Joseph Schudrich is an American rabbi and the current Chief Rabbi of Poland. He is the oldest of four children of Rabbi David Schudrich and Doris Goldfarb Schudrich. Biography Born in New York City, Schudrich lived in Patchogue, New York, where his father served as a pulpit rabbi. His grandparents emigrated to the United States from Baligród, Poland, before World War II.

Other Resources About Michael Schudrich

What Schools Are Affiliated With Michael Schudrich?

Michael Schudrich is affiliated with the following schools: