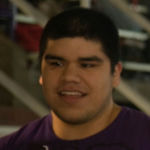 Why Is Michael Wesch Influential?

According to Wikipedia, Michael Lee Wesch is Professor of Cultural Anthropology and a University Distinguished Teaching Scholar at Kansas State University. Wesch's work also includes media ecology and the emerging field of digital ethnography, where he studies the effect of new media on human interaction.

Other Resources About Michael Wesch

What Schools Are Affiliated With Michael Wesch?

Michael Wesch is affiliated with the following schools: