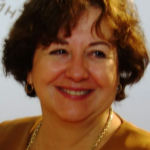 Why Is Michèle Lamont Influential?

Canadian-born Michèle Lamont currently holds the title of Professor of Sociology and of African and African American Studies and the Robert I. Goldman Professor of European Studies at Harvard University, as well as Director of the Weatherhead Center for International Affairs. She has also held professorial positions at the University of Texas at Austin and Princeton University, and visiting roles at a variety of international institutions. Beyond being a professor, Lamont served as the 108th President of the American Sociological Association from 2016-2017, chair to the Council for European Studies from 2006-2009, and co-director of the Co-director of the Successful Societies Program of the Canadian Institute for Advanced Research. Lamont completed her BA and MA in political theory in 1979 at the University of Ottawa, and her Ph.D. from the University of Paris in 1983.

Lamont is a cultural and comparative sociologist and her work is primarily focused on issues of inequality and social hierarchy. In particular, Lamont has focused on how racism and stigma emerge from and also inform inequality in social systems. Lamont argues for a theory of boundaries, in which society is defined by symbolic boundaries (conceptual distinctions of groups and members) and social boundaries (social differences defined by inequality of social opportunities). These ideas have been influential in understanding race relations and inequality in American and European societies.

Significant works from Lamont include How Professors Think, Money, Morals, and Manners: The Culture of the French and the American Upper-Middle Class, and Getting Respect: Responding to Stigma and Discrimination in the United States, Brazil, and Israel.

For her work, Lamont has received awards and honors such as a Guggenheim Fellowship, a Gutenberg Research Award, and an Erasmus Prize, as well as a handful of honorary doctorates.

Other Resources About Michèle Lamont

What Schools Are Affiliated With Michèle Lamont?

Michèle Lamont is affiliated with the following schools: