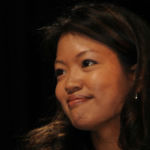 Why Is Michelle Malkin Influential?

Michelle Malkin (née Maglalang) was born in Philadelphia, Pennsylvania, to parents who had immigrated from the Philippines. She is a conservative political commentator, author, and blogger. She also founded the websites Hot Air and Twitchy.

At the time of Michelle’s birth, her father, Apolo DeCastro Maglalang, was a medical student specializing in neonatology and her mother, Rafaela Maglalang (née Perez), a teacher. Upon Apolo Maglalang’s graduation from medical school, the family relocated to Absecon, New Jersey, where Michelle and her younger brother were raised.

The Maglalang family was Catholic, and Michelle attended Holy Spirit Roman Catholic High School in Absecon. While there, she wrote articles for the school newspaper, The Spartan Spirit, eventually becoming the paper’s editor.

In 1988, Michelle Maglalang (as she was then known) matriculated at Oberlin CollegeOberlin College in Oberlin, Ohio. Initially, she was a music major and aspired to a career as a concert pianist. However, she eventually changed her major to English, with a view to pursuing a career in journalism. While at Oberlin, Maglalang began writing articles for the college newspaper. After receiving her bachelor’s degree in 1992, she got a job as a columnist for the Los Angeles Daily News.

In 1993, Maglalang married the former RAND Corporation economist and policy analyst, Jesse Malkin, whom she had dated at Oberlin. The couple have two children. In 2004, Jesse Malkin left his lucrative career as a consultant to be a stay-at-home dad and to manage his wife’s blossoming career.

In 1995, Michelle Malkin spent a year as a journalism fellow with the Competitive Enterprise Institute in Washington, DC. The following year, she and her family relocated to Seattle, where she became a columnist for The Seattle Times.

In 1999, Malkin’s political column was picked up for national syndication. She has also written for online publications, such as the Conservative Review.

Malkin maintains a busy schedule as a public speaker and as a television commentator and interviewee. She has appeared frequently on such programs as The O’Reilly Factor, Hannity, and Fox & Friends, as well as making appearances on C-SPSAN and MSNBC.

In 2002, Malkin published her first book, Invasion: How America Still Welcomes Terrorists, Criminals, and Other Foreign Menaces. Altogether, she has written seven books, the most recent of which is Open Borders Inc.: Who’s Funding America’s Destruction?.

Malkin maintains a very active presence online. In 2004, she created a political blog, MichelleMalkin.com; in 2006, the political commentary website, Hot Air (which she sold in 2010); and in 2012, the Twitter curation site, Twitchy.

Malkin is a highly controversial public figure. She has been criticized for her alleged associations with white nationalists and anti-Semites, but she dismisses such criticism as unfounded.

Malkin refuses to identify herself as “Asian-American” or “Filipina-American,” insisting instead that she is simply “American.”

Apolo DeCastro Maglalang is the father of Michelle Malkin . Maglalang is married to Rafela Maglalang. The couple immigrated to the United States from the Philippines when Magalalang was training to become a doctor in 1970. The family settled in Absecon, New Jersey and had two children.

Maglalang was a practicing pediatrician and neonatologist for 40 years. His childhood experience of watching his mother go through a difficult labor and deliver a stillborn child inspired him to pursue a degree in medicine to prevent others from suffering the same experience.

According to Wikipedia, Michelle Malkin is an American conservative political commentator. She was a Fox News contributor and in May 2020 joined Newsmax TV. Malkin has written seven books and founded the conservative websites Twitchy and Hot Air.

Other Resources About Michelle Malkin

What Schools Are Affiliated With Michelle Malkin?

Michelle Malkin is affiliated with the following schools:

What Are Michelle Malkin's Academic Contributions?

Michelle Malkin has made the following academic contributions: