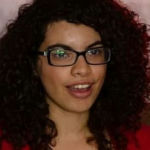 Why Is Michelle Soto Influential?

According to Wikipedia, Michelle Soto is a poet, educator, and community organizer in New York City. Early life and education Michelle Soto was born in Brooklyn, NY on to an Ecuadorian and Puerto Rican family. When she was eight years old, she moved to Queens from Brooklyn where she lived for the majority of her life. However, she spent most of her time in Brooklyn until she left New York City to attend Bay Path University in Massachusetts. Currently, Soto is a fifth grade English special education teacher and has been involved with the East Harlem Tutorial Program for two years. Initially, while attending college, Soto did not know that she wanted to teach and took on a few interests. She first majored in legal studies with the intention of becoming a lawyer. However, once she realized that it was not of her interest, Soto then switched her major to English and took on a summer fellowship to teach at her former middle school. Upon realizing how there were a little number of teachers of color in schools, Soto discovered she wanted to become a teacher. Once she achieved her dream of teaching, Soto knew that she loves to work with young individuals who she believes must recognize their power and strength outside of the classroom and in their school.

Other Resources About Michelle Soto

What Schools Are Affiliated With Michelle Soto?

Michelle Soto is affiliated with the following schools: