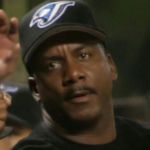 Why Is Mickey Brantley Influential?

According to Wikipedia, Michael Charles Brantley Sr. is an American former professional baseball player. He was the hitting coach for the Toronto Blue Jays of Major League Baseball from early to September . Early life Brantley grew up in Catskill, New York, the sixth of eleven children—seven boys, four girls. His father was a foundry worker and his mother was a homemaker. He attended Catskill High School. Brantley went on to attend Columbia-Greene Community College, starred in soccer, basketball, and baseball, and still holds several school records. After one year at CGCC, he starred at Coastal Carolina University, and after his senior season, in 1983, was drafted by the Seattle Mariners in the second round . After 3+ successful years in the minors, he made his big league debut with the Seattle Mariners in .

Other Resources About Mickey Brantley

What Schools Are Affiliated With Mickey Brantley?

Mickey Brantley is affiliated with the following schools: