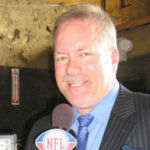 Why Is Mike Carlucci Influential?

According to Wikipedia, Mike Carlucci is an American actor and professional sports announcer. He is best known for his work as a P.A. announcer for the Los Angeles Dodgers, the Anaheim Ducks, several Olympics, and the Los Angeles Kings, as well as various sports video games for Sony Computer Entertainment including MLB: The Show. He is also a stand-up comedian. Carlucci is a member of The TV Academy of Arts & Sciences, and won a Society of Voice Arts & Sciences award for his work on Call of Duty: Black Ops III. He is also the President of the Part-Time faculty union at the Coast College District; Coast CCA.

Other Resources About Mike Carlucci

What Schools Are Affiliated With Mike Carlucci?

Mike Carlucci is affiliated with the following schools: