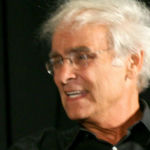 Why Is Mike Malloy Influential?

According to Wikipedia, Michael Dennis Malloy is a progressive American radio broadcaster based in Atlanta. Previously his show has been carried by WSB Atlanta, WLS Chicago, the I.E. America Radio Network, the Air America Radio network, Nova M Radio and the On Second Thought network. He is now self-syndicated. Politically, he describes himself as "a traditional Liberal Democrat doing his part to return the Democratic Party to its Liberal roots."

Other Resources About Mike Malloy

What Schools Are Affiliated With Mike Malloy?

Mike Malloy is affiliated with the following schools: