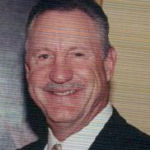 Why Is Mike Moncrief Influential?

According to Wikipedia, Michael J. Moncrief is a former Texas judge and politician who served as the 43rd mayor of Fort Worth, Texas, from 2003 to 2011. Moncrief started his political career when elected to the Texas Legislature on Nov.3,1970, serving for two years. From 1974 to 1986, he served as judge of the Tarrant County Commissioners Court. He was later elected as a State Senator from the 12th district as a Democrat. On May 3, 2003, Moncrief was elected mayor in a non-partisan race. He succeeded Kenneth Barr. He was re-elected in May 2009 with 70% of the vote.

Other Resources About Mike Moncrief

What Schools Are Affiliated With Mike Moncrief?

Mike Moncrief is affiliated with the following schools: