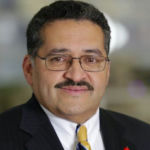 Why Is Mike Nieves Influential?

According to Wikipedia, Michael D. Nieves is the president and CEO of Hispanic Information Television Network , the largest non-commercial, Spanish language television network in the United States. Since taking the role in 2015, HITN has added over 10 million new Latino households to its viewing audience and secured a partnership with Sprint Communications that will support HITN’s mission for at least the next 30 years.

Other Resources About Mike Nieves