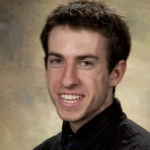 Why Is Mike Pronovost Influential?

According to Wikipedia, Mike Pronovost is an American Internet entrepreneur and founder and CEO of Powerband and Pronovost Technologies. He was invited to the White House where he spoke about entrepreneurship. Early life Pronovost was born in Fresno, California, in 1989. He attended St. Anthony's Elementary School in Fresno, California, until May 2004. He then attended high school at the private San Joaquin Memorial High School, from which he graduated in 2008. After graduating, he attended Fresno City College in the Leon S. Peters Honors Program. He then transferred to California State University, Fresno.

Other Resources About Mike Pronovost

What Schools Are Affiliated With Mike Pronovost?

Mike Pronovost is affiliated with the following schools: