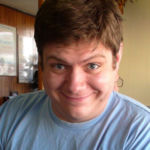 Why Is Mike Trainor Influential?

According to Wikipedia, Mike Trainor is an American stand-up comedian and writer. Currently, Trainor is a writer, producer, and on-air performer for The Howard Stern Show, and has several recurring characters on the show including Jeff the Drunk's "Lump", Bobo's "Toupee", the Hulk, and others. He also provided commentary on the TruTV series truTV Presents: World's Dumbest.

Other Resources About Mike Trainor

What Schools Are Affiliated With Mike Trainor?

Mike Trainor is affiliated with the following schools: