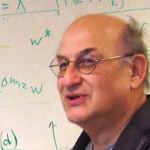 Why Is Mikhail Shifman Influential?

Mikhail “Misha” Arkadyevich Shifman is a theoretical physicist who is currently Ida Cohen Fine Professor of Theoretical Physics, William I. Fine Theoretical Physics Institute, University of Minnesota. Prior to his appointment at the University of Minnesota he was a physicist at the Institute for Theoretical and Experimental Physics in Moscow, Russia. Misha Shifman is well-known in the physics community for important contributions to a field known as quantum chromodynamics, a theory of the strong interactions between fundamental particles such as quarks and gluons.

Misha is known for the discovery of the so-called “Penguin Mechanism,” which describes changes in quark behavior. He is also known for contributions to understanding how gluons work, such as the so-called gluon condensates. These areas of physics are fundamental to our understanding of how things fit together in what’s known as the Standard Model of physics.

Shifman has received numerous distinctions and awards for his contributions to theoretical physics, including receiving the Alexander-von-Humboldt Award in 1993. He won the Sakurai Prize in 1999 and the Julius Edgar Lilienfeld Prize in 2006. In 2016 he received the coveted Dirac Medal and Prize. He was elected to the US National Academy of Sciences in 2018, and is also a Fellow of the American Physical Society.

Other Resources About Mikhail Shifman

What Schools Are Affiliated With Mikhail Shifman?

Mikhail Shifman is affiliated with the following schools: