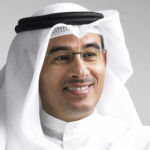 Why Is Mohamed Alabbar Influential?

According to Wikipedia, Mohamed Alabbar , is an Emirati businessman and global entrepreneur. He is best known as the founder of Emaar Properties, the developer of assets such as the Burj Khalifa and the Dubai Mall, as well as the chairman of Eagle Hills, the Abu Dhabi-based private investment and real estate development company. He is also the founder and director of noon.com, an e-commerce ecosystem for the Arab world and largest GCC e-commerce company and the chairman of Americana Group, in food industries.

Other Resources About Mohamed Alabbar

What Schools Are Affiliated With Mohamed Alabbar?

Mohamed Alabbar is affiliated with the following schools: