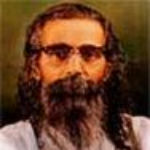 Why Is M. S. Golwalkar Influential?

According to Wikipedia, Madhavrao Sadashivrao Golwalkar was the second Sarsanghchalak of the Rashtriya Swayamsevak Sangh . He has been widely noted to be the most savage of Hindutva. He was known for his intellectual commentary on Indian politics and religion. Golwalkar is considered one of the most influential and prominent figures among Rashtriya Swayamsevak Sangh. He was the first person to put forward the concept of a cultural nation called "Hindu Rashtra" which is believed to have evolved into the concept of the "Akhand Bharat Theory", united nations for Bharatiyas. Golwalkar was one of the early Hindu nationalist thinkers in India. Golwalkar authored the book We, or Our Nationhood Defined. Bunch of Thoughts is a compilation of his speeches.

Other Resources About M. S. Golwalkar

What Schools Are Affiliated With M. S. Golwalkar?

M. S. Golwalkar is affiliated with the following schools: