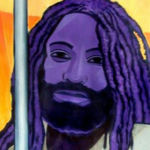 Why Is Mumia Abu-Jamal Influential?

According to Wikipedia, Mumia Abu-Jamal is an American political activist and journalist who was convicted of murder and sentenced to death in 1982 for the 1981 murder of Philadelphia police officer Daniel Faulkner. He became widely known while on death row for his writings and commentary on the criminal justice system in the United States. After numerous appeals, his death penalty sentence was overturned by a Federal court. In 2011, the prosecution agreed to a sentence of life imprisonment without parole. He entered the general prison population early the following year.

Other Resources About Mumia Abu-Jamal

What Schools Are Affiliated With Mumia Abu-Jamal?

Mumia Abu-Jamal is affiliated with the following schools: