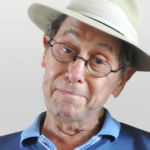 Why Is Murray Lender Influential?

According to Wikipedia, Murray Isaac Lender was an American businessman and entrepreneur who helped expand his father's small, Connecticut bagel bakery, Lender's Bagels, into a nationwide brand. Murray Lender served as the chief executive officer of Lender's, while his brother, Marvin, served as the company's president. Under Murray Lender, Lender's Bagels began selling frozen bagels to supermarkets in 1960, introducing many American consumers to the bagel for the first time. The Washington Post called Lender "the most important man in the modern history of bagels." Murray Lender also became known to the public for appearing in a series of television commercials for Lender's Bagels.

Other Resources About Murray Lender

What Schools Are Affiliated With Murray Lender?

Murray Lender is affiliated with the following schools: