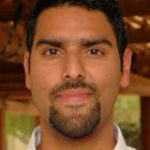 Christian missionary, speaker and author who was a convert from his former Ahmadiyya background.

Why Is Nabeel Qureshi Influential?

According to Wikipedia, Nabeel Asif Qureshi was a Pakistani-American Christian apologist. Raised by a devout Muslim family from the Ahmadi sect, Qureshi converted to Christianity as a university student following several years of debate with a Christian friend. He subsequently became a Christian apologist and was a speaker with Ravi Zacharias International Ministries from 2013 until 2016. Qureshi authored three books: Seeking Allah, Finding Jesus: A Devout Muslim Encounters Christianity, Answering Jihad: A Better Way Forward, and No God But One—Allah or Jesus.

Other Resources About Nabeel Qureshi

What Schools Are Affiliated With Nabeel Qureshi ?

Nabeel Qureshi is affiliated with the following schools:

Nabeel Qureshi has made the following academic contributions: