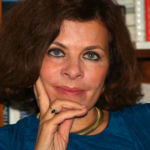 Why Is Nadine Strossen Influential?

Areas of Specialization: Constitutional Law, Civil Liberties
Formerly the president of the American Civil Liberties Union, Nadine Strossen has built a career as a champion of civil liberties and advocacy. Currently she is a professor at New York Law School and a member of the Council on Foreign Relations.

Among Strossen’s views are cannabis legalization (she is a co-chair for the National Organization for the Reform of Marijuana Laws), and resisting hate speech through counter-speech and activism (rather than censorship and legislation).

According to Wikipedia, Nadine Strossen is an American civil liberties activist who was president of the American Civil Liberties Union from February 1991 to October 2008. A liberal feminist, she was the first woman and the youngest person to ever lead the ACLU. A professor at New York Law School, Strossen is a member of the Council on Foreign Relations and other professional organizations.

Other Resources About Nadine Strossen