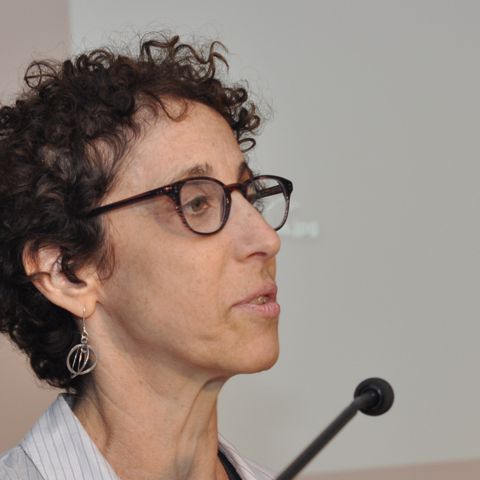 Natalie Bookchin is an artist based in Brooklyn, New York. She is well known for her work in media. She was a 2001-2002 Guggenheim Fellow. Her work is exhibited at institutions including PS1, Massachusetts Museum of Contemporary Art, the Museum of Contemporary Art in Barcelona, KunstWerke, Berlin, the Generali Foundation, Vienna, the Walker Art Center, the Whitney Museum of American Art, and the Shedhale in Zurich. Her works are in a variety of forms – from online computer games, collaborative performances and "hacktivist" interventions, to interactive websites and widely distributed texts and manifestos. In her work, she explores some of the far-reaching consequences of Internet and digital technologies on a range of spheres, including aesthetics, labor, leisure, and politics. Much of Bookchin's later works amass excerpts from video blogs or YouTube found online. From 1998 to 2000 she was a member of the collective RTMark, and was involved in the gatt.org prank they organized spoofing the 1999 General Agreement on Tariffs and Trade talks