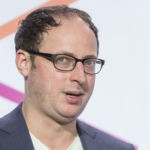 Why Is Nate Silver Influential?

According to Wikipedia, Nathaniel Read Silver is an American statistician, writer and poker player who analyzes baseball , basketball, and elections . He is the founder and editor-in-chief of FiveThirtyEight and a Special Correspondent for ABC News.

Other Resources About Nate Silver

What Schools Are Affiliated With Nate Silver?

Nate Silver is affiliated with the following schools:

What Are Nate Silver's Academic Contributions?

Nate Silver has made the following academic contributions: