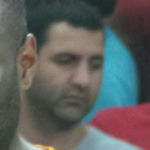 Why Is Nathan Jawai Influential?

According to Wikipedia, Nathan Leon Jawai is an Australian professional basketball player for the Cairns Marlins of the NBL1 North. Standing at 209 cm, he plays at the power forward and centre positions.Early life Born at the Royal Hospital for Women in the Sydney suburb of Paddington on 10 October 1986, Jawai lived in Sydney for a year before his parents, Lynette and Ron, moved back to Bamaga, a small town of about 1000 people, located north of the Jardine River and only 40 km from the tip of Cape York Peninsula. He is an Indigenous Australian of Torres Strait Islander descent. Like most children on Cape York, he played rugby league throughout primary school and early high school. However, living in a remote indigenous community meant Jawai was subject to a lot of bad influences and was often getting in trouble due to the stain of drug and alcohol abuse. Strong parental guidance and the decision to send Jawai to high school at St Augustine's College in Cairns ensured he stayed away from bad influences. At the age of 15, Jawai began playing basketball, and it only took him two years until he began playing competitively for the Cairns Marlins of the Queensland Basketball League in 2004. He then spent two years at the Australian Institute of Sport in Canberra before venturing to the United States in 2006 to play college basketball for Midland College. However, after just one season with Midland, Jawai returned to Australia and had surgery to remove the meniscus in his right knee. With his move back home, he had hopes of joining an NBL club. He subsequently re-joined the Cairns Marlins and helped guide them to a national title in 2007 while earning ACC All-Star Five honours.

Other Resources About Nathan Jawai

What Schools Are Affiliated With Nathan Jawai?

Nathan Jawai is affiliated with the following schools: