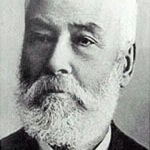 Why Is Nayden Gerov Influential?

According to Wikipedia, Nayden Gerov , born Nayden Gerov Hadzhidobrevich February 23, 1823, Koprivshtitsa – October 9, 1900, Plovdiv Gerov was the son of Gero Dobrevich, a teacher. He studied at his father's school, then at a Greek school in Plovdiv from 1834 to 1836, again in his hometown until 1839, and finally in Odessa, in the Russian Empire, where he graduated from the Richelieu Lyceum in 1845. Gerov became a Russian subject and came back to Koprivshtitsa, where he established his own school, named after Saints Cyril and Methodius. He became famous for his erudition and was invited to open a gymnasium in Plovdiv as well, an invitation which he accepted. As a publicist, he fought the "Graecisation" among the Bulgarians of the time, especially in Plovidiv. At the same time, he managed to compete successfully with the Greek gymnasium in Plovdiv. During the Crimean War , he was forced to temporarily leave the country as a Russian subject. In 1857, Gerov became "First Vice-Consul" of Russia in Plovdiv. As such, he strove to further the Bulgarian national cause, help young Bulgarians to receive scholarships abroad, etc.. He also tried to further the Liberation of Bulgaria from the Ottoman Empire, but he relied on help from Russia and was opposed to the more radical revolutionary emigres who wanted an independent uprising, such as Lyuben Karavelov, Vasil Levski, and Hristo Botev. During the April uprising , he was suspected of having been one of the organisers and was forced to go into hiding, seeking refuge in the Russian legation in Constantinople. After the liberation, he held some administrative offices for a short time, but soon devoted all of his time to philology.

Other Resources About Nayden Gerov

What Schools Are Affiliated With Nayden Gerov?

Nayden Gerov is affiliated with the following schools: