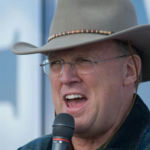 Why Is Neal Boortz Influential?

According to Wikipedia, Neal A Boortz Jr. is an American author, former attorney, and former conservative radio host. His nationally syndicated talk show, The Neal Boortz Show, which ended in 2013, was carried throughout the United States. The content of the show included politics, current events, social issues, and topics of interest, which Boortz discussed with callers, correspondents, and guests. Boortz touched on many controversial topics.

Other Resources About Neal Boortz

What Schools Are Affiliated With Neal Boortz?

Neal Boortz is affiliated with the following schools:

What Are Neal Boortz's Academic Contributions?

Neal Boortz has made the following academic contributions: