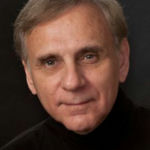 Why Is Neil Thomas Proto Influential?

According to Wikipedia, Neil Thomas Proto is an American lawyer, teacher, lecturer, and author. He chaired Students Challenging Regulatory Agency Procedures as a law student. He served in the Appellate Section of the Environment and Natural Resources Division in the U.S. Department of Justice. During the administration of President Jimmy Carter, he served as general counsel to the President's Nuclear Safety Oversight Committee. Proto was appointed a visiting lecturer at Yale University in 1988 and 1989. Since 1990, while in private practice in Washington, DC, he has been an adjunct professor at Georgetown University's McCourt School of Public Policy. In 2010, he was elected a Fellow in the Royal Geographical Society of London. In 2016, his one-person play, The Reckoning, Pecora for the Public, premiered in Seattle.

Other Resources About Neil Thomas Proto

What Schools Are Affiliated With Neil Thomas Proto?

Neil Thomas Proto is affiliated with the following schools: