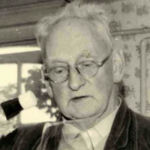 Why Is A. S. Neill Influential?

According to Wikipedia, Alexander Sutherland Neill was a Scottish educator and author known for his school, Summerhill, and its philosophy of freedom from adult coercion and community self-governance. Raised in Scotland, Neill taught at several schools before attending the University of Edinburgh in 1908–1912. He took two jobs in journalism before World War I, and taught at Gretna Green Village School in the second year of the war, writing his first book, A Dominie's Log , as a diary of his life there as head teacher. He joined a Dresden school in 1921 and founded Summerhill on returning to England in 1924. Summerhill gained renown in the 1930s and then in the 1960s–1970s, due to progressive and counter-culture interest. Neill wrote 20 books. His top seller was the 1960 Summerhill, read widely in the free school movement from the 1960s.

Other Resources About A. S. Neill

What Schools Are Affiliated With A. S. Neill?

A. S. Neill is affiliated with the following schools:

What Are A. S. Neill's Academic Contributions?

A. S. Neill has made the following academic contributions: