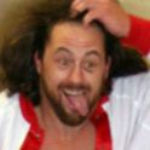 Why Is Eugene Influential?

According to Wikipedia, Nicholas David Dinsmore , also known by his World Wrestling Entertainment ring name Eugene, is an American professional wrestler. Dinsmore began his career in 1996 and was assigned to NWA-Ohio Valley Wrestling, later becoming Ohio Valley Wrestling. OVW became WWE's farm territory and, during his time there, Dinsmore became the OVW Heavyweight Champion a record eight times as well as the OVW Southern Tag Team Champion eleven times. When he was called to the main roster, he debuted as Eugene Dinsmore, Eric Bischoff's nephew, an intellectually disabled wrestling savant. Eugene was involved in a storyline with Evolution, facing Triple H at SummerSlam. He also won the World Tag Team Championship with William Regal. Eugene would stay with WWE until 2007, including a feud with Kurt Angle where he won his gold medal, having a match against him at SummerSlam.

Other Resources About Eugene

What Schools Are Affiliated With Eugene ?

Eugene is affiliated with the following schools: