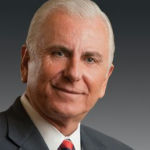 Why Is Nido Qubein Influential?

According to Wikipedia, Nido Qubein is an American Jordanian businessman and motivational speaker. He has served as president of High Point University since 2005. He received his Associate's degree in business from Mount Olive College, his bachelor degree in human relations from High Point University in 1970, and a Master of Science in business education from the University of North Carolina at Greensboro Bryan School of Business & Economics in 1973. In 2009, he was awarded an Honorary Doctor of Letters in humanities degree from the University of North Carolina at Greensboro. Qubein is the founder and chairman emeritus of the National Speakers Association Foundation. He has served as chairman of the Great Harvest Bread Company since 2001 and on the board of directors of BB&T since 1990 and La-Z-Boy Corporation since 2006.

Other Resources About Nido Qubein

What Schools Are Affiliated With Nido Qubein?

Nido Qubein is affiliated with the following schools: