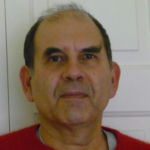 Why Is Nikos Salingaros Influential?

According to Wikipedia, Nikos Angelos Salingaros is a mathematician and polymath known for his work on urban theory, architectural theory, complexity theory, and design philosophy. He has been a close collaborator of the architect Christopher Alexander, with whom Salingaros shares a harsh critical analysis of conventional modern architecture. Like Alexander, Salingaros has proposed an alternative theoretical approach to architecture and urbanism that is more adaptive to human needs and aspirations, and that combines rigorous scientific analysis with deep intuitive experience.

Other Resources About Nikos Salingaros

What Schools Are Affiliated With Nikos Salingaros?

Nikos Salingaros is affiliated with the following schools: