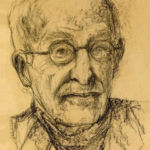 Why Is Norbert Hirschhorn Influential?

According to Wikipedia, Norbert Hirschhorn is an Austrian-born American public health physician. He was one of the inventors and developers of the life-saving method called oral rehydration therapy for adults and children suffering fluid loss from cholera and other infectious diarrheal illnesses. It is estimated that his work has saved around 50 million people suffering from dehydration.

Other Resources About Norbert Hirschhorn

What Schools Are Affiliated With Norbert Hirschhorn?

Norbert Hirschhorn is affiliated with the following schools: