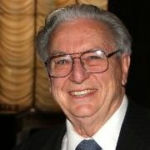 Why Is Norm Winningstad Influential?

According to Wikipedia, C. Norman Winningstad was an American engineer and businessman in the state of Oregon. A native of California, he served in the U.S. Navy during World War II before working at what is now Lawrence Berkeley National Laboratory. After moving north to Oregon, he started working for Tektronix before starting several companies in what became the Silicon Forest in the Portland metropolitan area. He founded or helped to found Floating Point Systems, Lattice Semiconductor, and Thrustmaster. Winningstad and his wife were also noted philanthropists in the Portland area, with a theater at the Portland Center for the Performing Arts named in his wife Dolores' honor.

Other Resources About Norm Winningstad

What Schools Are Affiliated With Norm Winningstad?

Norm Winningstad is affiliated with the following schools: