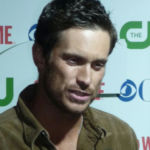 Why Is Oliver Hudson Influential?

According to Wikipedia, Oliver Rutledge Hudson is an American actor. He is known for his roles as Adam Rhodes in the CBS comedy series Rules of Engagement , Jeff Fordham on the ABC musical drama series Nashville and Wes Gardner in the Fox horror comedy Scream Queens. He appeared as one of the main cast members of the ABC sitcom Splitting Up Together, produced by Ellen DeGeneres. In 2022, he began starring as FBI agent Garrett Miller in Fox's The Cleaning Lady.

Other Resources About Oliver Hudson