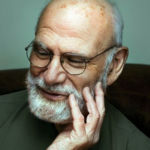 Why Is Oliver Sacks Influential?

According to Wikipedia, Oliver Wolf Sacks, was a British neurologist, naturalist, historian of science, and writer. Born in Britain, Sacks received his medical degree from The Queen's College, Oxford in 1960, before moving to the United States, where he spent most of his career. He then interned at Mount Zion Hospital in San Francisco and completed his residency in neurology and neuropathology at the University of California, Los Angeles . After a fellowship at the Albert Einstein College of Medicine, he served as neurologist at Beth Abraham Hospital's chronic-care facility in the Bronx, where he worked with a group of survivors of the 1920s sleeping sickness encephalitis lethargica, who had been unable to move on their own for decades. His treatment of those patients became the basis of his 1973 book Awakenings, which was adapted into an Academy Award-nominated film in 1990, starring Robin Williams and Robert De Niro.

Other Resources About Oliver Sacks

What Schools Are Affiliated With Oliver Sacks?

Oliver Sacks is affiliated with the following schools:

What Are Oliver Sacks's Academic Contributions?

Oliver Sacks has made the following academic contributions: